By yLeadAugust 8, 2017Team
No Comments 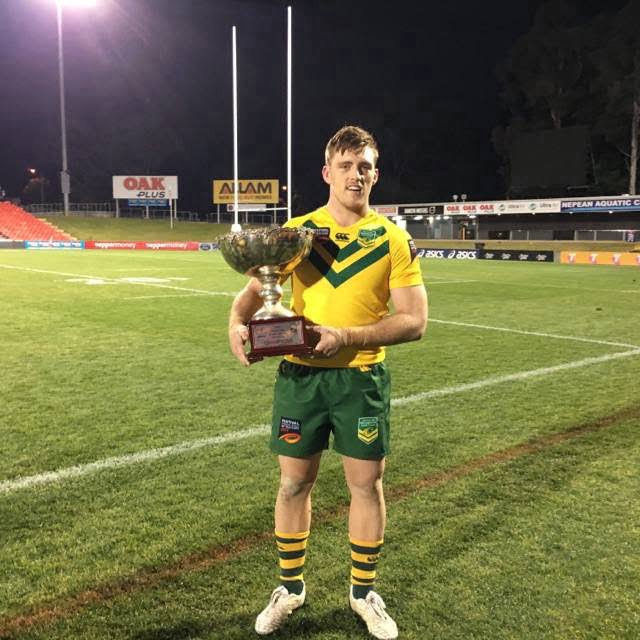 What you’re doing now: I work part time in construction as a builders labourer whilst studying a Bachelor of Physiotherapy full time at ACU

So Jack, what is the first memory you have to do with rugby?

I remember going to down to local footy club, the mighty Aspley Devils, when I was about 6 years old back in 2004. I was this little kid dressed up in a full Brisbane Broncos uniform and they had a little coaching clinic on, so Mum and Dad took me down. I got signed up for the next year and then played 11 consecutive years at the club before moving on.

Tell us about your rugby journey…

I currently play for Norths Devils in the Under 20’s FOGS  Colts Challenge.

I have been playing Rugby League for 13 consecutive years.

The journey has been long, I started as a young fella at Aspley Devils in the u7’s back in 2005 – I played my last game for the club as a 17 year old playing in the U18’s in 2015. Since then I have moved on to the Norths Devils to further my prospects as a footballer.

What is it about rugby that you love so much?

Everything. It’s the greatest game on earth. The mates I’ve made and the places I’ve been playing football are some of the greatest friendships and memories I have ever made.

Explain the Universities World Cup – how you came to play for Australia, the game itself & what happens now?

A QLD universities side was picked to play against NSW universities in October 2016, which I was lucky enough to be selected in. After playing NSW they selected an Australian side to play at the World Cup in 2017. In July 2017 the boys travelled to Sydney to take on other nations from around the world. We played 3 pool matches against England, Ireland and the Pacific Islands. With our success came finals, where we played off against England and won. This then lead to us playing the Pacific Islands again in the final.

The final was an unreal experience. We were down down 12-4 with 30 minutes to go, and we came back to win 30-12. The Aussie’s ‘never give up’ attitude brought us through as victors.

After the final they had a closing ceremony where they announced at World XIII side, which I was honoured to be selected in. 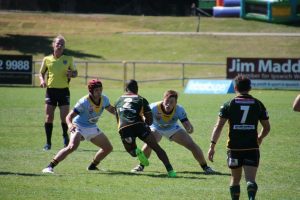 Wow! That’s an awesome set of accomplishments! What’s next for you?

At the moment there’s a few things floating in the air, I just have to sit back and see what comes from it all. Things are going in the right direction for my rugby career but I just need to be patient. I’ve always been told my time will come so as I take it, good things come to those who wait.

You were a yLead participant in 2015, and then returned to be a mentor for students in 2016. What’s one of the major lessons you learnt from yLead that’s stuck with you?

BE YOU… embrace what you have. Everyone brings something different to the table, which everyone can use to become apart of something greater. We are all different and we are all beautiful people. Believe in yourself and be confident in who you are because the most beautiful thing anyone can posses is the ability to just be themselves. 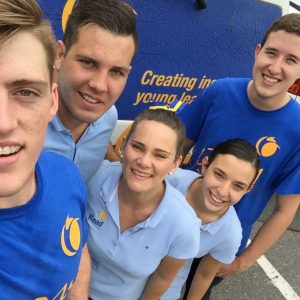 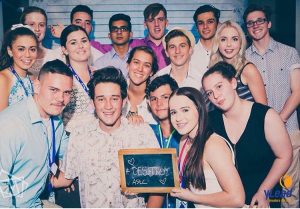 In your rugby career you must have faced some challenges… How do you stay driven and motivated?

It’s been hard. The best way for me is just sitting back and remembering why I started doing what I do, as well as the effort everyone has put in to help me be the best I can be.

When something’s put in my way, the only way to get over it is to not give up until you get to where you want to be. If you want something bad enough you will get it, you just have to work hard and put your mind to the job. Eventually you will get there.

If I could give advice to the young men and women coming through, it would be; don’t give up on your dreams. You can do anything you put your mind too. No matter hard hard things get, they will always get better.

Just DON’T GIVE UP.

Keep a smile on your face and keep moving forward. Just remember… “A smooth sea never made a skilled sailor.”